I do lots of building inspections to verify that the project was built per the ADA and TAS.  I come across very interesting situations, and I wanted to share some with you.

5% of fixed tables are required to be accessible.  Booths are fixed tables and seating and most of the time, they are not taken into consideration.  In many inspections I have performed the booths do not have the 30″ clear floor space between seats which would allow a wheelchair to sit at the booth. 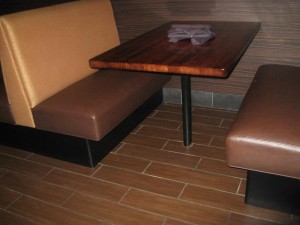 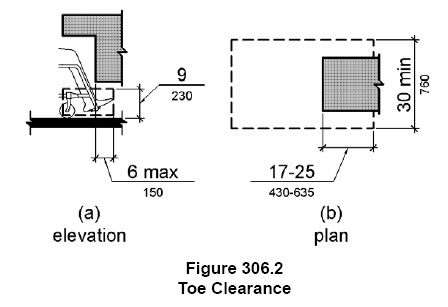 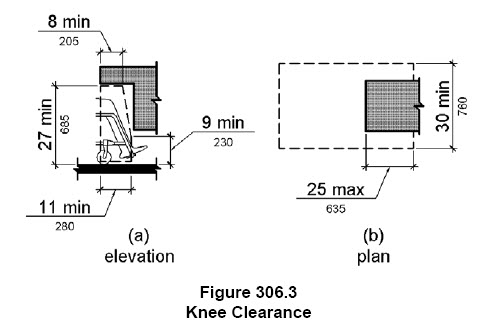 At this inspection, the table had only 11″ of depth, and no toe clearance, therefore there was not enough depth of the planned wheelchair space. 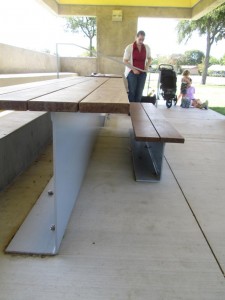 Below was the fix, which added the toe clearance. 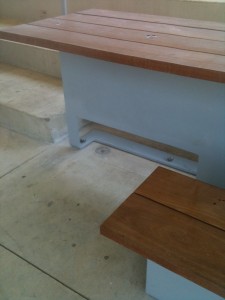 It is always difficult to make alterations to existing spaces.  It is additionally challenging on exterior alterations.  If you have an existing sidewalk and you are installing a new sidewalk perpendicular to the existing, cross slopes could be an issue.  Because the running slope can be up to 5%, once you place a new sidewalk perpendicular to the existing one, the cross slope of the new one might turn out to be 5% since it will follow the running slope of the existing. 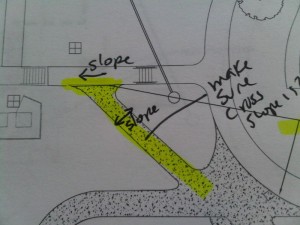 In this inspection, that is what happened.  The new sidewalk had a cross slope that was too steep because the existing sidewalk’s running slope was more than 2% 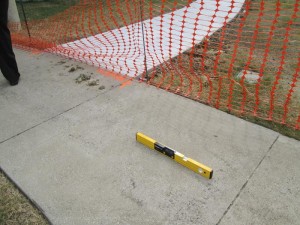 Vessel sinks are very popular and are being used more and more at public restrooms.  When using a vessel sink, or a vessel style sink, keep in mind that the lavatory can only be 34″ maximum high. 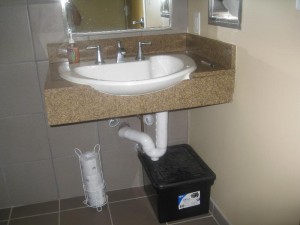 In this inspection, the installation was a violation because they mounted the counter at 34″ a.f.f., but the vessel sink’s rim was at 36″ a.f.f. 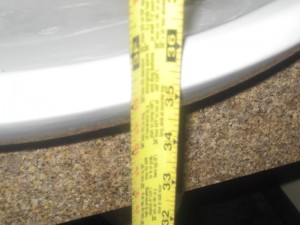 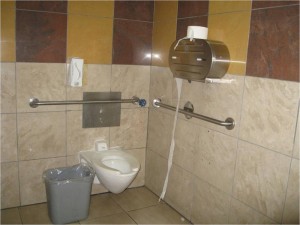 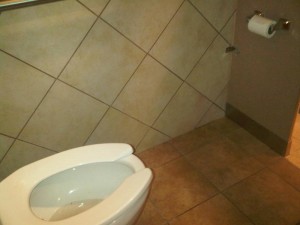 TDLR just put out five more Technical Memorandum that explains vague sections of the Standards.  These came out January 22, 2013. Click below to get the exact Memo.

If you have any questions about these or any other topics, please feel free to contact me anytime.
Marcela Abadi Rhoads, RAS #240
Abadi Accessibility
214. 403.8714
marhoads@abadiaccess.com
www.abadiaccess.com