The US Department of Justice has adopted the new ADAAG

Six year after the Access Board passed an amended Accessibility Design Guidelines (ADAAG), and 20 years after the ADA became the law of the land, the Department of Justice has adopted the revised Guidelines that the US Access Board suggested.  The Attorney General signed the amendments to the Title III ADA regulations this last Friday July 23, 2010.  President Obama made the announcement on July 26, 2010.  See the video

Essentially this change will help to harmonize the Model Code standards (ANSI) with the ADAAG.  There is a new numbering system, new graphics and even new ranges in the guidelines.  These adopted changes to the law will not take effect for another six months, and designers and owners can choose to keep using the 1991 guidelines for another 18 months.  This will allow the projects that are in the design process or even the construction process to not have to change their designs in mid stream.  But after 18 months, they will have to comply with the new guidelines. 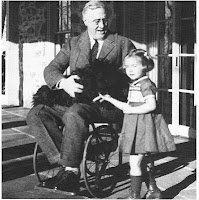 There are also some safe harbor provisions  which allow buildings that are fully compliant with the 1991 ADAAG to remain compliant until they decide to do an alteration to the building.  There are many other provisions that are worth reading even if the guidelines will not be in effect for a few months.  My book, The ADA Companion Guide, has a section of the changes from the 1991 to the new rules and it explains with photographs and commentary what the new guidelines require.

New provisions were added for Judicial facilities, amusement rides, outdoor recreation facilities , exercise machines and equipment, fishing piers, golf facilities, play areas, swimming pools, shooting facilities and firing range and residential facilities like condos and time shares.  There are also provisions for children heights, as well as for scooters and motorized wheel chairs that were not in the original ADAAG.

This will be an interesting process….let’s all learn it together!