I perform ADA, Fair Housing and Texas Accessibility Standards on site inspection and assessments every Wednesday. Some days I find unique conditions that I like to share with you so we can learn from them and be sure they do not happen to you also. This newsletter will give you some of my latest intersting finds.

The ADA requires that all doors that require user passage comply with all the portions of the section 404. Door that reqired “user passage”

But are all doors required to comply? What about doors that are only used for employees? The doors shown below are into a commercial kitchen. The vision lights for doors that allow user passage must be mounted no higher than 43″ a.f.f., but these type of doors have the vision light mounted higher. Here is the standard:

404.2.11 Vision Lights. Doors, gates, and side lights adjacent to doors or gates, containing one or more glazing panels that permit viewing through the panels shall have the bottom of at least one glazed panel located 43 inches (1090 mm) maximum above the finish floor.

The vision lights requirement are for ALL doors that require user passage unless the room beyond is excempted (like IT closets or other machinery spaces). Employee work area doors must have the ability to approach, enter and exit, therefore those doors into employee work areas like commercial kitchens will also have to comply.

During one of my inspections, I went to a restaurant and they had the door into the kitchen with vision lights higher than 43″ a.f.f. The owner was confused. It is not so simple to understand why this door would have to comply, but keep in mind that the ADA protects persons with disabilities from discrimination at the work place. If a person in a wheelchair gets hired as manager, the vision light allows them to see inside so they don’t get hit by the door. Be sure to specify one of the doors with the vision lights lower. 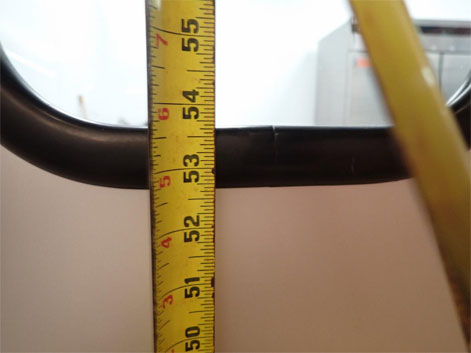 The picture above shows a commercial kitchen door with vision lights mounted higher than 43″ a.f.f. This is not compliant. 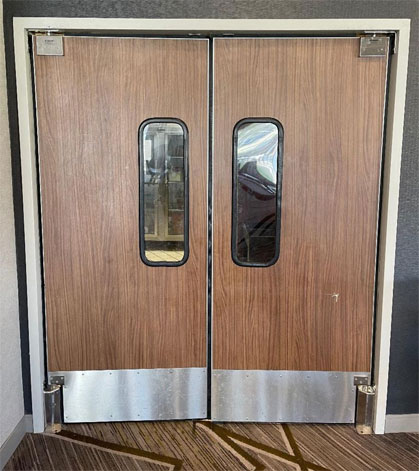 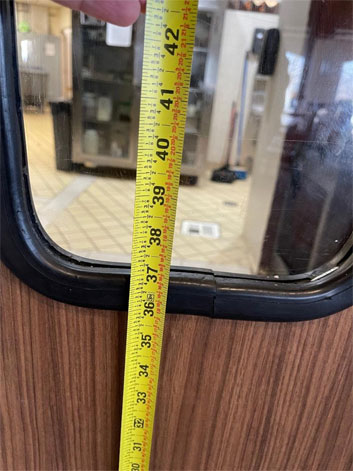 The picture above shows a commercial kitchen door with vision lights mounted lower than 43″ a.f.f. This is compliant.

Fixed or Built in elements

The ADA only deals with fixed or built in elements. At one of my inspections there was a break room with built in microwaves that were mounted higher than the allowable reach range. To solve the violation they added a microwave to the counter. This did not resolve the violation, because it is not a “built in” element and does not satisfy the requirement. Below is what the ADA states about what elements are scoped in the standards:

“Scope of coverage. The 1991 Standards and the 2010 Standards apply to fixed or built-in elements of buildings, structures, site improvements, and pedestrian routes or vehicular ways located on a site. Unless specifically stated otherwise, the advisory notes, appendix notes, and figures contained in the 1991 Standards and the 2010 Standards explain or illustrate the requirements of the rule; they do not establish enforceable requirements.” 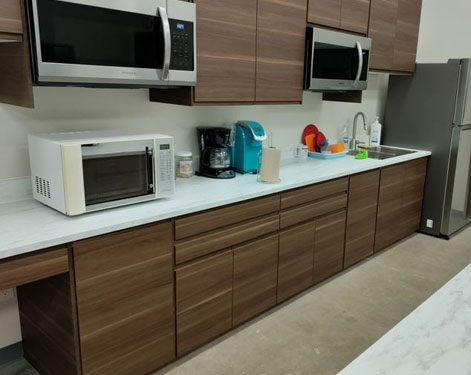 The picture above built in microwaves mounted above the 48″ allowable reach range. They added a counter top microwave that was not built in. This does not alleviate the lack of reach range.

There are rules in the ADA Standards that pertain to people who are visually impaired. Since they cannot detect objects mounted higher than 27″ a.f.f. we typically design and built the objects so that they are recessed or have some sort of cane detection. But in one of my inspections, the drinking fountain was recessed, but not far enough, so that the leading edge was still projecting onto the circulation path more than 4″ 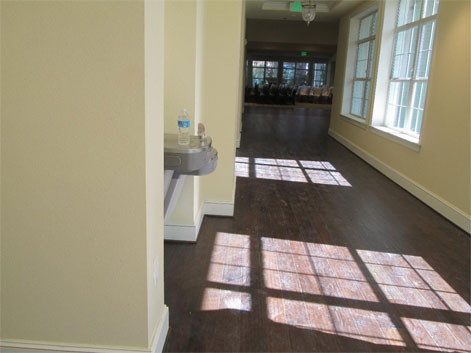 The picture above shows a recessed drinking fountain that is located in a corridor. But the leading edge still projects more than 4″ onto the circulation path and therefore was considered a violation of the protruding object rule 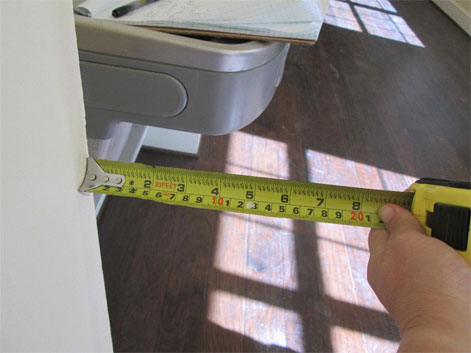