If you have been around for a minute in the building industry you have seen our esteemed “truncated domes” come and go, and come and go…well it happened again….When the ADAAG was published in 1991, there was a section called “Detectable Warnings”. These were elements used for people that were visually impaired to assist them in navigating their exterior environment. A detectable warning had texture and contrasting color so a person who used a cane could feel the texture as he walked and maybe if they had low vision they could detect a change in color. Both of these methods allowed them to be aware that there might be a hazard on its way.

The detectable warning texture was required to be “truncated domes” located at a curb ramp and later it was added to pedges at a train track platforms. 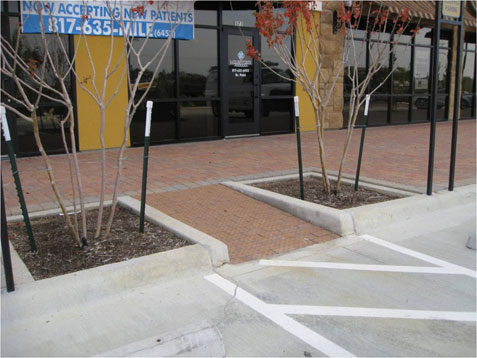 This is a curb ramp inside the property line with detectable warnings. 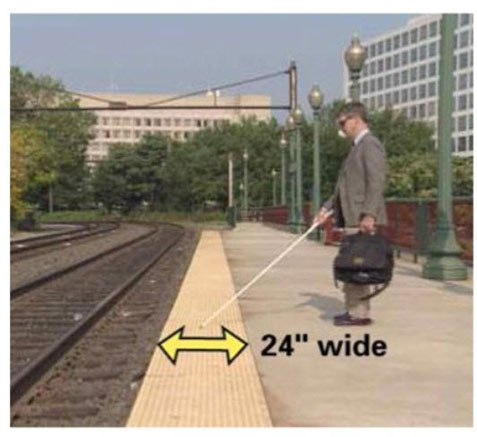 This is a train platform edge with detectable warnings.

The ADA Standards for Accessible Design and the Texas Accessibility Standards

After the 2010 ADA Standards for Accessible Design was passed into law, the rules about detectable warnings changed. Before, detectable warnings were required at curb ramps. The new version now only requires it at train platform edges. Curb ramps inside of the property line (which is all that ADA regulates) will no longer require texture or color on it. 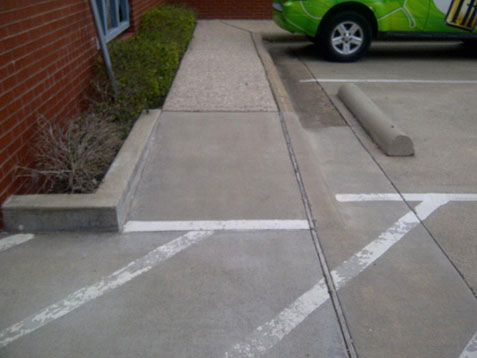 The picture above built in microwaves mounted above the 48″ allowable reach range. They added a counter top microwave that was not built in. This does not alleviate the lack of reach range.

The Public Right of Way guidelines (which are only proposed and have not been adopted), as well as municipalities and Department of Transportation may require that detectable warnings be provided at the bottom 24″ of the curb ramp. This will allow people that are visually impaired be aware that there might be a hazard beyond the texture.

The ADA does not have requirements beyond the property line. Therefore the public right of way does not fall under the ADA.

The Texas Department of Licensing and Regulation used to have a section in Chapter 68 which required detectable warnings at curb ramps within the public right of way, but they eliminated that in the most current version of the Rules. Click Here to see what they require.

TDLR no longer requires detectable warning at curb ramps at the public right of way. 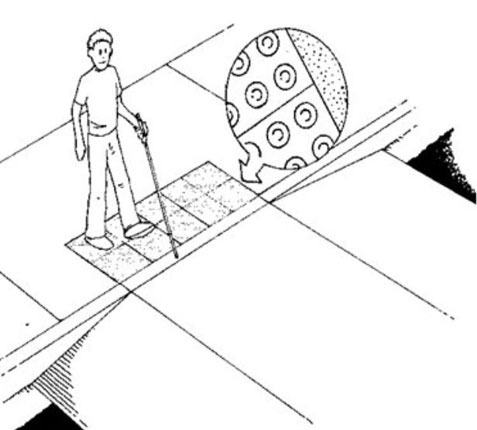 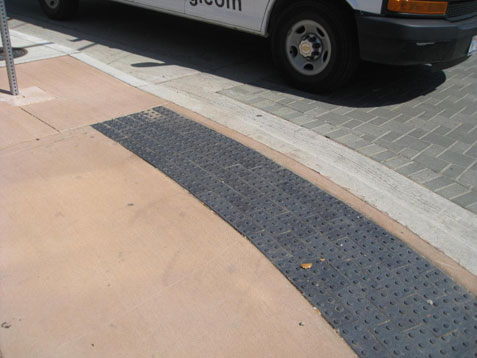 The curb ramp has detectable warnings per the Department of Transportation and the Public Right of Way Guidelines. Check your municipality to make sure what it requires