Today’s newsletter I bring you some examples of violations that I found during my on site inspections. These specific ones are violations that were made because the standards were not so well understood. Hopefully these examples will give you some clarity for future installations.

Clearance at the drinking fountains 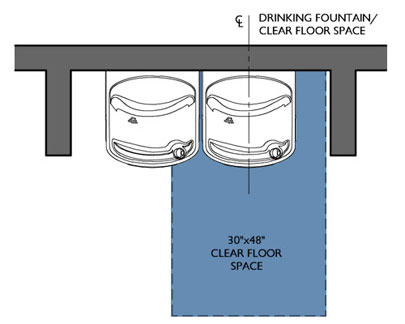 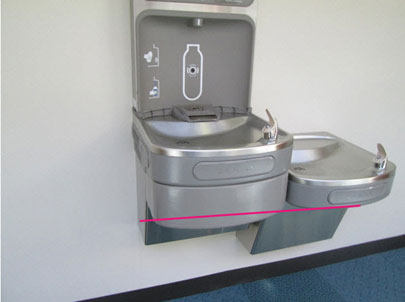 The cane detactable apron is lower than 27″ a.f.f. which reduces the knee clearance which is centered at the low drinking fountain

In order to not have that violation, the cane detectable apron must be mounted exactly at 27″ a.f.f. 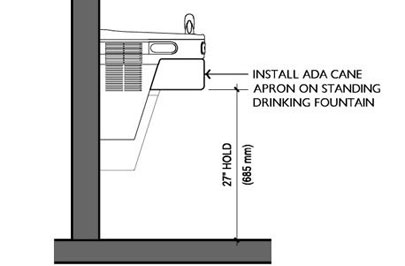 (this is not exactly examples of violations, but rather why it is not a violation)

The rules for protruding objects allows post or pylon mounted obects to project 12″ from its mounting surface. The figure below is from the ADA and TAS section 307.3 which shows the parameters of the protrusion limits. 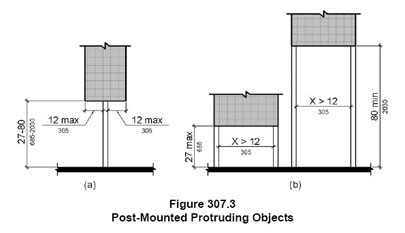 My example is from an interior play area where there was a statue of one of their characters mounted on a pylon or tall base. The statue had a little hand and pigtail that projected beyond the edge of the base. But because the ADA and TAS allows a 12″ protrusion limit along the circulation path, the statue was not a protruding object. 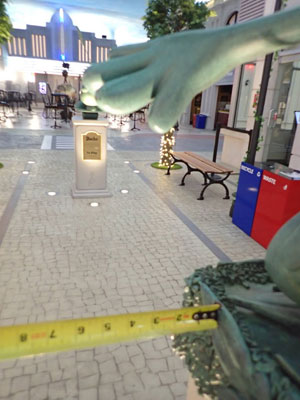 The little hand of the statue projected 6″ beyond the base, which was compliant.

Another example of a post mounted protruding object is a stand pipe located at a means of egress stair landing. Because the means of egress is essentially a circulation path it will require that the protrusion limits that the ADA and TAS describe in section 307 be adhered to.

The stand pipe in the photo below does have an extension where the valve is projecting more 12″ beyond the pipe and mounted higher than 27″ a.f.f. 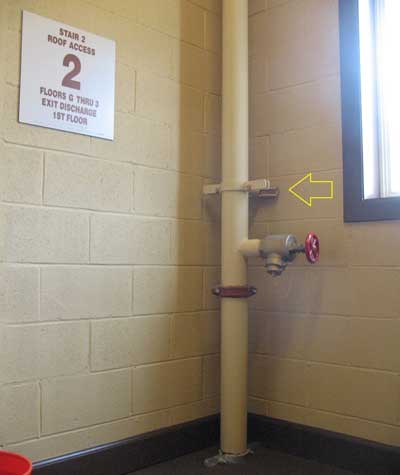 201.1 Scope. These standards apply to fixed or built-in elements of buildings, structures, site improvements, and pedestrian routes or vehicular ways located on a site. 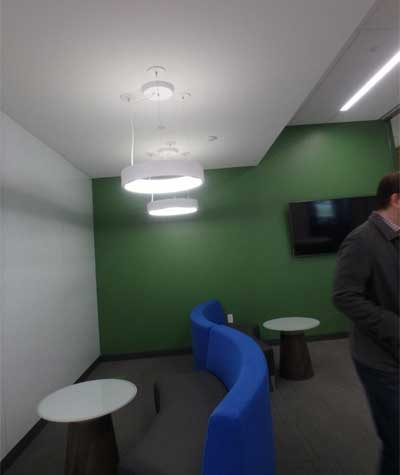 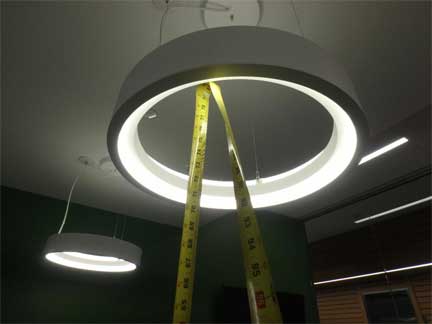 the pendant light is mounted at 70″ a.f.f. and is considered a protruding object