It’s been a while since I have done an “Inspector’s Corner”….It was actually last April…must be an April Fools thing…but it is not. I go to many inspections and see some really interesting violations (amid all the common ones). I even learn from them. Here are three that I saw that are good to learn from:

There are two types of toilet compartments required by the ADA: one for wheelchairs and another for other mobility devices such as walkers, crutches, knee scooters etc. Those are called Ambulatory and the requirements are found in section 604.8.
Since they are for different types of disabilities they do have different configurations. 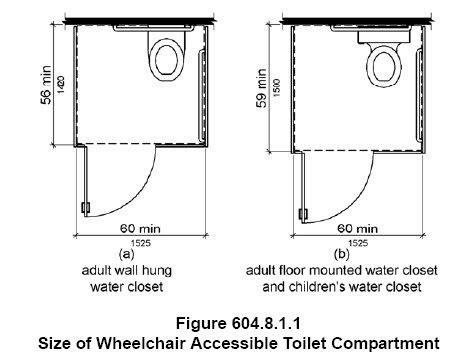 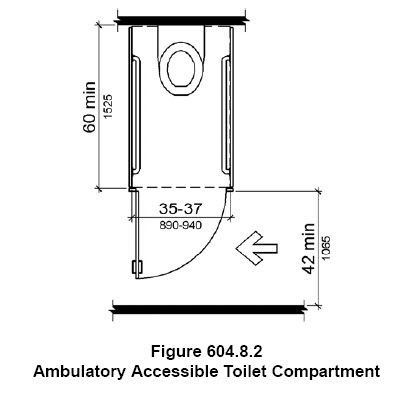 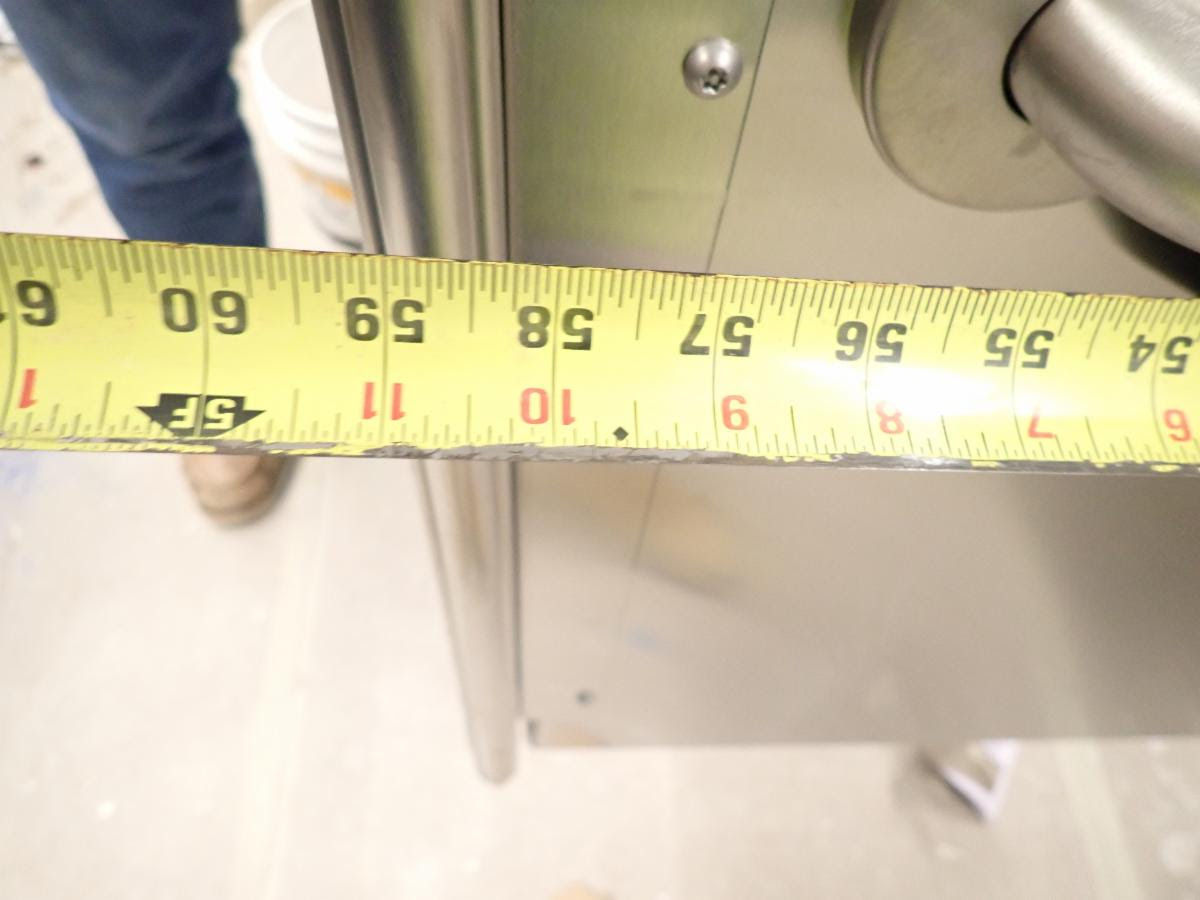 As we have learned, persons who are visually impaired will require feeling their way through the built environment rather than seeing. So if there are any objects along the path that they will use to circulate that might be mounted above 27″ a.f.f. (which is the height where they cannot detect the object with their cane), then the object should not be deeper than 4″ or it will be considered a “protruding object” and will violate the standards.
One object that is typically considered protruding objects are electric water cooler (EWC) or drinking fountains. 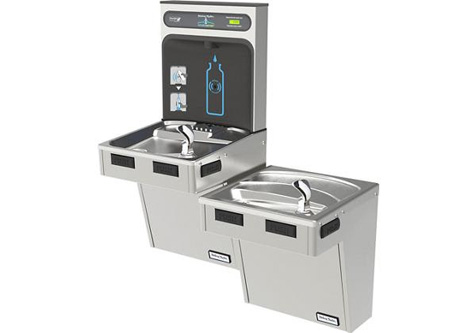 A good solution for drinking fountains that are protruding onto the circulation path is to create “cane detection” by using a cane detectable apron which most manufactures have as an accessory that can be added after market. The apron should be located under the “protruding object” which is typically the high drinking fountain. If mounted correctly it will reach the 27″ a.f.f. which provides cane detection and will resolve the violation.

The issue becomes when the use of the cane detectable apron is misunderstood. Some contractors do not understand why they are being installed and will mount them to the wrong drinking fountain. 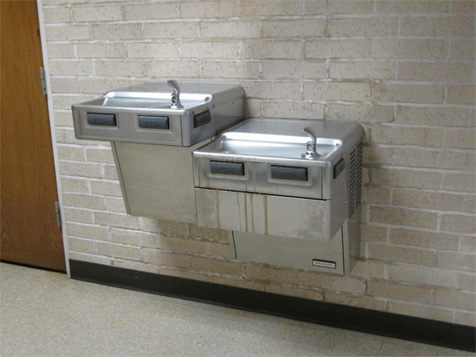 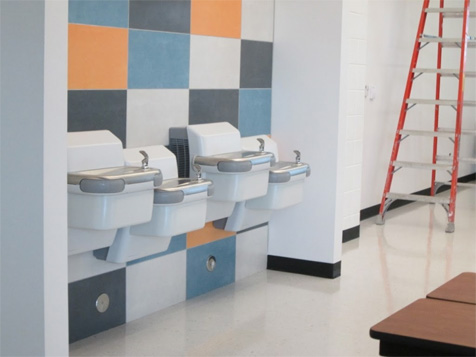 The ADA Standards has a chapter called “Changes in Level” which states that along the accessible route you may not have any changes in level greater than 1/4″ or 1/2″ with a bevel.

One of my inspections had a roll in shower inside a restroom. The turning space of the restroom was partially located inside the roll in shower. The roll in shower had a collapsable curb which reached 1/4″ of heigh once the wheelchair would rolll on it. 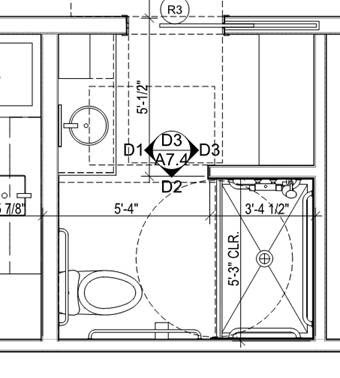 The drawing is showing the location of the turning space which overlaps inside the roll in shower. 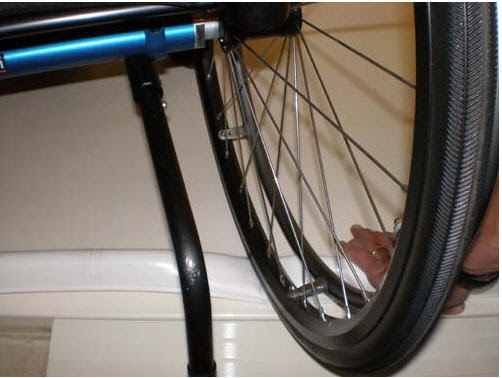 This was a photo of the collapsable curb at the roll in shower.

Based on the advisory of section 304 which discusses turning spaces, this is acceptable:

As used in this section, the phrase “changes in level” refers to surfaces with slopes and to surfaces with abrupt rise exceeding that permitted in Section 303.3. Such changes in level are prohibited in required clear floor and ground spaces, turning spaces, and in similar spaces where people using wheelchairs and other mobility devices must park their mobility aids such as in wheelchair spaces, or maneuver to use elements such as at doors, fixtures, and telephones.