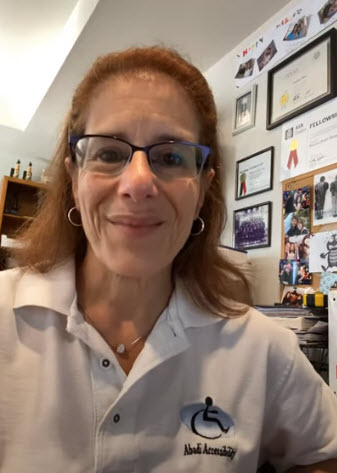 Click her to watch the video to introduce our newsletter

Section 213.2 of the ADA explains that where toilet room and bathing rooms are provided, each one must comply with the Standards.

There are a few exceptions that allow some toilet rooms and bathing rooms not to have to comply. This newsletter will explain those exceptions and when they can be taken.

Exception #1 explains that not all restrooms would be required to comply in an alteration when it is technically infeasible to comply and cannot be made compliant due to existing conditions, they do not all have to comply and a the owner must apply for a variance with the AHJ. In such cases, a single user restroom can be used instead.

Exception #2 In a Historic facility (a facility regsitered with the National Register or Landmark Commission) is not required to have all toilet rooms accessible. One unisex restroom will be allowed to be used.

Exception #3 if there are multiple single user portable toilet or bathing rooms that are clustered at a single location, no more than 5% of each must comply. 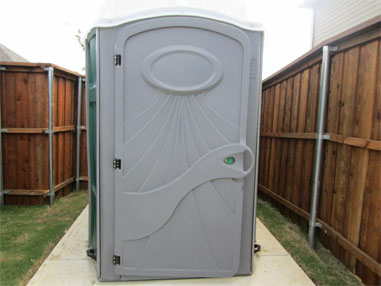 This is a single user portable toilet room 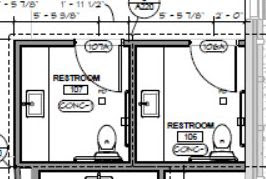 The above image is of two single user restrooms clustered together. Only one must comply 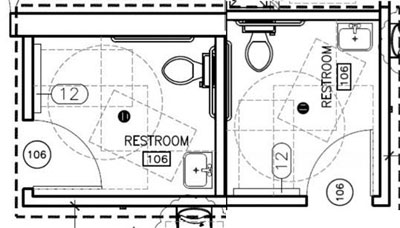 The above image is of two single user restrooms that are not in a cluster because the doors open to separate areas. In the Advisory it explains that a cluster are “within sight of or adjacent to one another”. Both of these toilet rooms must comply 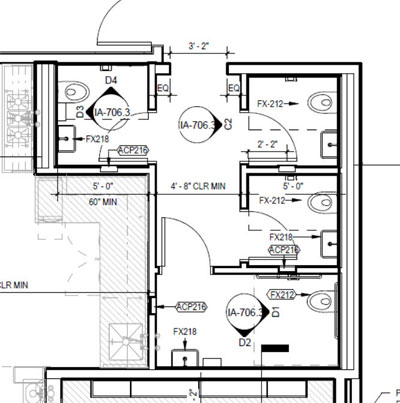 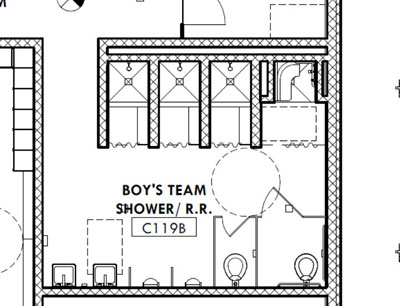 Even though these individual shower compartments, they are located inside a multi-user toilet room and therefore only one compartment is required to comply.