Do you have a transition plan into the 2010 Accessibility Standards?

Next month the 2010 Standards for Accessible Design will become effective. What does that mean to us as designers, building owners and builders? What happens in States that don’t use the ADA as their accessibility guidelines? What happens to existing facilities?

How do you decide which one to use?

You may want to consider the type of building and the types of alterations you contemplate before the compliance date. For example, an auditorium or theater with tiered seating have to follow less stringent requirements under the 2010 Standards (in some respects) than under the 1991 Standards. 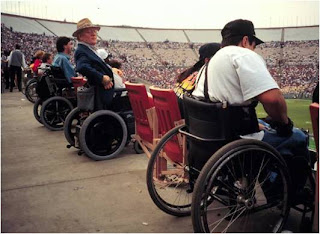 If you alter a single-user toilet room, in many cases the 2010 Standards would require increased floor space compared to the 1991 Standards. 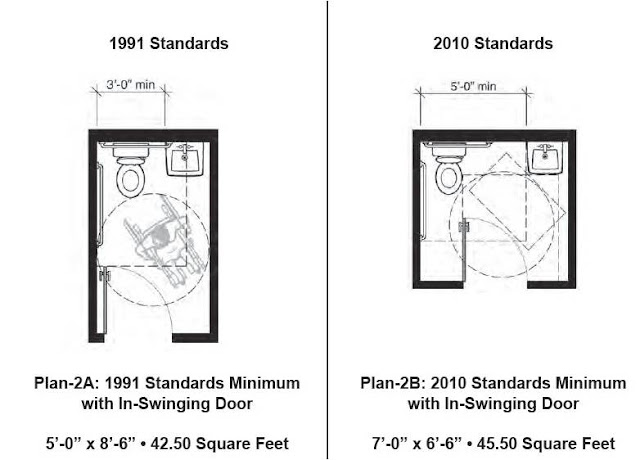 What happens in a State that does not use the ADA as their accessibility guidelines?

If you are in a state that has adopted the 2003 or 2006 International Building Code (including the accessibility standards of the American National Standards Institute, A117.1-2003), then when you build to your state requirements, you will be following most of the federal requirements already. But you will also need to follow the additional requirements that DOJ has issued “beyond” 2004 ADAAG.  These are found in the 28 CFR Chapter 36 Subpart D

In Texas, the Texas Department of Licensing and Regulation is reviewing the 2010 Standards to determine the next course of action. They are speculations that they will adopt the 2010 Standards and make it the Texas Standards at the same time as the Federal Standards. We will keep you posted as we find out. Until such time, designers will have to design to the State guidelines and use the more strict interpretation if conflicting with the 2010 Standards.

What happens in existing buildings?

Both the 1991 and 2010 Standards generally require that when existing elements and spaces of a facility are altered, the alterations comply with new construction requirements. If there is an existing facility that meets the 1991 Guideline requirements, then The 2010 Regulations provide a “safe harbor” for those elements. Those elements do not have to be modified in order to meet the 2010 Standards, just for barrier removal purposes. You should document your compliance as to those elements, before March 15, 2012.

An element that does not comply with the alterations provisions of the Standards for that element is considered a “barrier.” For example, a typical round knob on a door that should be accessible would be a barrier because it requires tight grasping, pinching, or twisting of the wrist to operate, contrary to the provisions of the Standards.  These must be removed as are readily achievable, but all non compliant items from 1991 should be fixed prior to March 15, 2012. 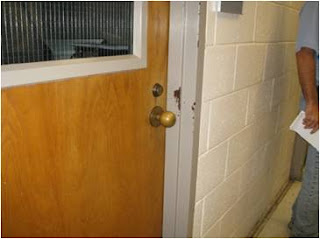 Another opportunity to remove barriers is when there is an alteration of an area containing a primary function.  Then you are required to not only make the new elements comply, but the path of travel to the altered area including the restrooms, drinking fountains and telephones that serve the altered area.  If those upgrades exceed 20% of the original construction cost, the Department of Justice considers this disproportionate and will allow you to defer the upgrades that are beyond 20%.  But they do want you to prioritize as follows:

What happens in buildings for which there were no standards before 2010 (that is, where the 2010 Standards establish specific requirements for the first time)

The safe harbor does not apply to elements for which there are no standards in the 1991 Standards, such as residential facilities and dwelling units, play areas, and swimming pools. DOJ lists these in the 2010 Regulation at section 36.304(d) (2)(iii) 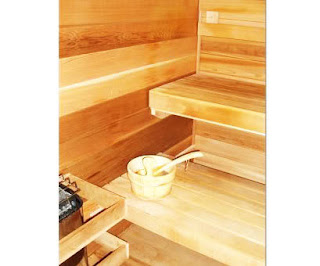 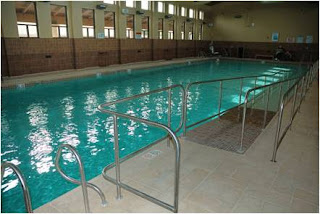 Because of the new requirements, one of your top priorities during the transition to 2012 should be to evaluate those types of facilities and bring them up to the 2010 Standards by March 15, 2012, if they need to be accessible as part of program accessibility.  These will become part of the “barrier removal” as it is readily achievable to remove.

This is a good time to re-evaluate or update the self-evaluations and transition plans. A self-evaluation lays out your assessment of programs and whether physical changes need to be made to facilities. A transition plan states what buildings or facilities will be modified, how, and when, and names the people responsible for implementing the plan.

These tips highlight certain provisions of DOJ’s ADA regulations and do not constitute legal advice. The regulations and other DOJ materials can be found online at http://www.ada.gov/