Do you have a personal mountain?

October 27, 2010  was the 6th annual Accessibility Awareness Exercise at the AIA in Dallas, Tx where architects use a wheel chair for one entire day. The idea is that they should “walk in their clients shoes” (pun intended).  Architects are trained to design for the disabled, and make their buildings accessible and Universal, but until they sit in the chair for one day, they probably won’t understand fully the impact those pesky circles and knee spaces that they put on their drawings have on the real world. 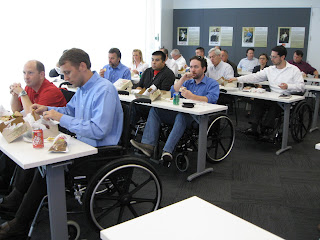 Every year they have a speaker that inspires us as architects to think about disabilities in a whole different light.  This year’s speaker was Walter Patterson.  He is an amazing man who at 18 months contracted polio.  He spoke about his journey from a toddler having to wear braces on his legs, to having to be horizontal on a wheel chair for 24 hrs at a time, to the time he was a teenager and was able to get his driver’s license.  Mundane things like these that we may take for granted, but so important to every kid as they grow up.  He shared how he learned to play bass guitar so he could play in a band in high school because he couldn’t dance and it was his only way to participate in the social gatherings.﻿  And in college he discovered gymnastics and was a winner in the sport.  But his most amazing achievement with his polio was his trek up Mt. Everest! 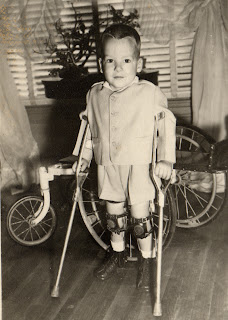 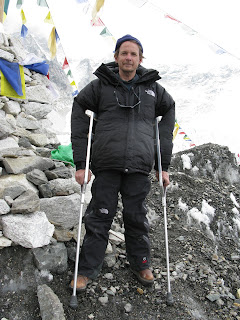 Here is Walter at Base Camp of Mt.Everest
With his talk, Walter showed us how his disability did not impede his ability to live a full life!
“Only 1 out of 10 people (abled bodied or not) that made it to base camp go up to  Mt. Evererst!.  And the number one reason why they don’t make it is that they never left home”
Walter had a vision and a plan but more than that he had persistence and a great attitude!  He was also humble enough to accept that he would have to be carried part of the time in order to make it in 29 days (otherwise it could have taken twice as long- not that he couldn’t have done it)

I read an article on USA Today  last week about a group of blind and visually impaired kids and adults that went hiking down the Grand Canyon. Scary thought!  I can’t imagine me as an abled bodied person going hiking down such a rocky place next to an abyss, let alone if I had no sight!  Wow! But that didn’t stop them! 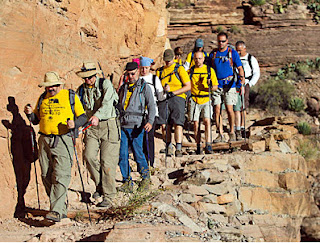 The lesson from all this is that there is no reason not to get to the top of “Your” mountain!  Whatever that barrier or obstacle is for you, these amazing individuals show us that nothing is too difficult to surmount.