As the year 2010 comes to a close and 2011 begins, I wanted to share the highlights of our Blog and our little company.  For those who don’t know me so well, I’m an architect who has a passion for accessibility and to help designers and building owners incorporate the ADA guidelines and standards within their designs.  So I developed this Blog to share information with you!

February: Was asked to be part of a book by my friend Tabitha Ponte called “To Become An Architect: A guide, mostly for women).  This is an excellent guide and all the proceeds go to the Women In Architecture Fund which allows young women to pursue their dream to be an architect!

March: Got interviewed by Joseph Blythe on BlogTalk Radio on how I use Twitter as one of my marketing tools 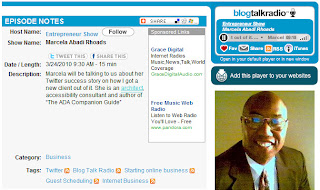 April: “The ADA Companion Guide: Understanding the 2004 ADAAG” was published by Wiley and Sons.  It was my first book and a culmination of the work I’ve been doing for the past 8 years! 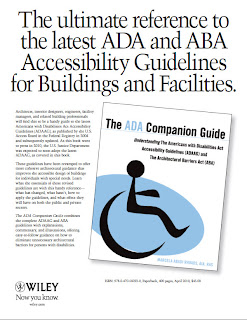 June: Went to the AIA convention in Miami and was blown away by all the great speakers, including Daniel Pink who is not an architect but inspired us to design for greatness.  There I met Tabitha Ponte in person!

July: Celebrated the ADA’s 20th anniversary.  We organized an awesome ADA Awareness day which was filled with speakers, tours and case studies throughout the day!  We also found out that the 2004 ADA had been adopted! 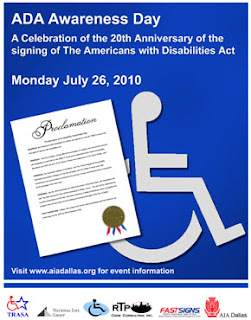 August: Presented at METROCON10 for interior designers in Dallas Texas.  We learned more about the new ADA and what is coming up in the next 2 years. And was interviewed by Travis Blythe on CelebrityURadio

September: The 2010 ADA Standards was published by the Department of Justice and we had 18 months to implement the changes.  We are looking forward to making those standards more clear!

October: I presented at the Texas Society of Architects convention in San Antonio about the new ADA. There were 450 architects in my class!  I was so honored that all of them came, and the feedback was also great!   Got to present also with my good friends Jamie Crawley, Bob Borson and Laura Davis about Architects and Social Media! And I got to meet Cameron Sinclair and hear about his awesome organization Architects for Humanity

November and December: Spent time with family and rang in the new year with the renewed hope that a great year is about to begin!